I Vow To Thee My Country: Remembrance Day 2012


Yesterday, The World observed one of the most solemn days of the year, November 11 is a day known by many different names across many different countries, some call it Armistice Day, others say Poppy Day, some like the Americans know it at Veterans Day while here in Jamaica and in other parts of the British Commonwealth it is known as Remembrance Day. Regardless of the name given to it, they all basically mean the same thing, celebrating our brave servicemen and servicewomen who serve (or have served) in the Army, the Navy and the Air Force especially those who died to protect the liberties that we all prize today.  The Tradition of having this special day dedicated to our war heroes was  started early in the 20th century and was originally meant for those who died during World Wars One and Two, November 11 was chosen because it was exactly on 11:00 that day that the Armistice was signed bringing an end to World War 1 in 1918. 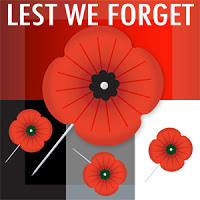 Preparations for Remembrance Day in Jamaica begin as early as mid September, with the launching of Annual Wings Appeal by the Royal Air Forces Association Jamaica Branch 580 following which is the Launch of the Annual Poppy Appeal by the Royal Jamaica Legion about two to three week later, both of which are done at Kings House under the Patronage of our Governor-General, the Legion and the RAFAJ are actually Jamaican Branches of Commonwealth-wide organisations, the Legion being part of the  British Commonwealth Ex-Servicemen’s League (of which His Royal Highness the Duke of Edinburgh is President and Grand Patron) while the RAFAJ is part of the Royal Air Forces Associations so basically you could say both traditions are not unique to Jamaica but rather are part of a shared traditions practiced my many of our sister nations in other parts of the Commonwealth. The Appeals themselves are actually a means of raising money as a means to support our brave and dear veterans many of whom are now very old, some of which have very little for themselves regardless of that fact that they have given of themselves so selflessly in the service of their Queen and Country. 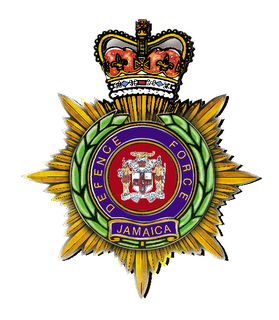 Remembrance Day itself is usually celebrated on the Second Sunday in November rather than on the actually November 11 (though thankfully this year the 11th was a Sunday), the day begins with parades in parish capitals and the laying of wreaths at central locations, the main service itself is normally held at National Heroes Park where the Cenotaph and the Tomb of the Unknown Soldier are Located (most countries has thier own cenotaph and a tomb of the unknown soldier), this ceremony is normally attended by many dignitaries including the Governor-General, the Prime Minister, Ministers of Government, Diplomats and members of the Royal Family when present, this is where the grandest parades are held and the biggest wreaths are laid. The highlight of the service however is the two minute silence which happens at exactly 11:00AM without fail, this is most solemn moment of the entire day where everyone pauses to reflect on those servicemen and servicewomen who gave the ultimate sacrifice. Following the end of the service the honoured veterans usually get to meet and greet the dignitaries at the service and to catch up with each other most times to reminisce on the glory days of serving in the armed forces

To be frank, Remembrance Day in Jamaica is no longer as popular as it used to be, gone are the days when the Legion would enlist the help of Primary Schools and High Schools in Poppy Appeals, when every schoolchild would get involved in helping the cause and get as much poppies sold as possible, gone are the days when remembrance services and parades used to broadcasted live on National Television so those who could not attend could still get to see the proceedings, there are persons in our society who don’t even know what a poppy represents and mock those  of us who still wear them some people don’t even bother to pause for 2 minutes at 11:00 anymore and it all be blamed on one thing: creeping republicanism, even the very concept of honouring our heroes is now being trivialised, it’s heart-breaking.

“And We Will Remember them: Lest we forget”

Jamaican Tory
Conservative, Traditionalist Monarchist,Deeply Religious, Highly Political and most of all true Jamaican who entirely support unity within the British West Indies and the wider Brtish Commonwealth. A keen follower of events not only within the Island or Region but also on a broader international scale